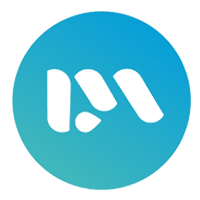 Darma Cash is a crypto coin with a circulating supply of 215.9M and total supply at 215.9M. Darma Cash is represented by its symbol DMCH and is not hot as Bitcoin or Etherium.. Go through the project details to know more details about Darma Cash and its investment opportunities.

Highlights of the Project

What makes Darma Cash different? What are the unique features of Darma Cash?

Your money travels 20x faster on DMCH than on ZCASH. Instant send enables simple transactions to be locked in immediately.

Everyone Is a Market Maker

Users need to trade DMCH/DSC at DMCH DEX to unlock the DMCH obtained through PoW/PoS. Users can get additional rewards during the transaction at DMCH DEX....

Learn more about Darma Cash project and its usecases

What Is Darma Cash?

Darma Cash (DMCH) launched in 2019, aims to be the cutting-edge new generation anonymous blockchain based on Monero (XMR).

Darma Cash (DMCH) launched in 2019, aims to be the cutting-edge new generation anonymous blockchain based on Monero (XMR). DMCH adopts the Block DAG block ledger with PPoS and integrates private addresses, concealed financial data, masked identities, traceless IP, private smart contracts and DeFi/DEX on the privacy framework of Monero. The goal of the DMCH project is to establish a decentralized distributed privacy community ecosystem on top of the DMCH blockchain. DMCH introduces the core concept of Pool PoS (PPoS), which means decentralized PoS without node restrictions aiming to realize a high-speed private global SDWAN through the expansion of PPoS nodes. DMCH aims to be not only a crypto currency but also a decentralized private Internet.

According to official information, the DMCH project team used GO language to rewrite the modules in the figure. The GO language is a more modern programming language developed by Google in combination with industry trends in recent years. It has many advantages. These advantages make DMCH born. It is supported by a programming language with simple deployment, good concurrency and good execution performance, so it is extremely convenient to graft large-scale ecological applications on the DMCH public chain. DMCH also uses SSL to encrypt the entire network information, which makes the entire DMCH network very safe and stable, free from any third-party interference.

From the partial coloring part:

Libp2p is a next-generation transmission protocol developed by Byte Lab, which mainly solves the problem of blockchain technology p2p transmission. Projects using this framework include Polkadot, Ethereum 2.0 and Libra. DMCH uses libp2p as its transport layer, which greatly enhances its subsequent scalability. In response to the complex situation of cross-border, DMCH uses KCP to replace QUIC under the framework of libp2p. At present, KCP has been widely used by hundreds of thousands of game troops without borders, and the blockchain Internet based on KCPVPN+BGP routing corresponds to “IPFS + File Coin” ecology, its final ecological application is exciting. In addition, GO language can be quickly integrated with libp2p to ensure the development progress of the DMCH project.

DMCH uses Monero’s encryption scheme: Ring Signatures technology solves the untraceability of transactions, One-time addresses (Stealth Address) solves the receiver’s anonymity problem, Ring Confidential Transactions (RingCTs) solves the anonymity of transaction content. Based on Monero, the DMCH project is trying to use Triptych to replace MLSAG and integrate with Pedersen and Confidential transaction technology into new RingCTs, which can increase anonymity by more than ten times. Triptych’s main innovation lies in the byte size of the ring signature and the number of decoys. Logarithmic relationship instead of linear relationship, so the ring size can be increased significantly without major performance issues. DMCH also added a sub-address function, the wallet can give a different payment address each time, so that the main wallet address will never be exposed. This is a very practical detail that can prove the focus of the DMCH project. DMCH provides community members with trusted anonymity technology based on Monero, and the team has the ability to continue to innovate. Subsequent ecological applications built on the DMCH anonymous public chain will enjoy the “privacy” brought by the industry’s continuous efforts for more than ten years’ result of privacy protecting.

DMCH combines the chained ledger structure and the schematic ledger structure, and uses the “BLOCK-DAG” ledger structure of “Chain + Graph” to exchange space for time, efficiency, and improve usability. The “BLOCK-DAG” technology has realized on-chain capacity expansion. The throughput capacity of the DMCH chain is increased to 75TPS, which is three times higher than that of Ethereum 25TPS and 10 times higher than that of Bitcoin 7TPS. It realizes immunity to double-spending attacks, DMCH chain rollback attack can be launched only when the computing power is held by more than 95.8%. It also realized an excellent user experience of 15 seconds for block generation and 2 minutes for convergence confirmation. In addition, the current PoW+PPoS consensus mechanism used by DMCH is an improvement of the Bitcoin PoW consensus mechanism, which maps the ecology of Bitcoin “Mining pool + Mining machine” to “PPoS node + Hold & Lock coin”, which improved the emergence of Bitcoin PoW’s shortcomings of centralization and resource occupation and made it more environmentally-friendly. It adjusts the rewards of PoW miners, PPoS holders, and PPoS nodes through economic theory. While solving decentralization, it can further quickly form a decentralized distributed blockchain small world network, so that the shortest path between clients is only 2–3 hops, providing the most complete blockchain infrastructure for the decentralized application ecology of DMCH.

DMCH is a privacy smart contract project based on the Monero project. Its vision is to make an easy-to-use, safe, private and efficient smart contract platform to serve the development of DMCH’s ecological business. DMCH completed the mapping of the UTXO model to the account model through the sub-address technology, making the DMCH smart contract completely stand on top of all the advantages of the Ethereum (ETH) smart contract. DMCH provides three modes, namely full transparent, semi-transparent and full anonymous. Users can choose the smart contract method they need according to their needs. The full transparent method is similar to Ethereum (ETH). The possible application is the DRC20-USDT against the Ethereum ERC20-USDT. The semi-transparent method protects the asset property, similar to the Omni protocol of Bitcoin, but completely inherits the anonymous property of DMCH. The possible application is the anonymous Dmni-USDT of the transparent Omni-USDT. The full anonymous method uses zero-knowledge proof and the underlying Merkle tree to complete all information protection of. Compared with the sandbox EVM run by the Ethereum smart contract, the sandbox DVM run by the DMCH smart contract uses WASM technology, which further reflects that DMCH considers the market demand and promotion needs. From a technical perspective, DMCH’s smart contract platform can be described as a master. The project team pragmatically integrates the correct concepts of the industry while paying attention to the actual needs of the business. This makes the ecological application of DMCH a solid foundation and also gives the DMCH project more developing space.

According to the development team, they have their own own ecosystem. From the system diagram, it is mainly DEX, DeFi, IM and distributed small world Internet. The current technical system of DMCH is indeed sufficient to support the ecology of the above four major sectors.

Where To Buy Darma Cash?

Some cryptocurrencies are harder to obtain than others. Darma Cash is one of them. It’s not available on the Coinbase app or Coinbase Wallet. But don’t worry, we’ve provided some hints to help you find a way to buy Darma Cash that works for you.

1. Check CoinMarketCap to see where you can buy Darma Cash and with which currencies

For each cryptocurrency, CoinMarketCap provides a list of purchasing options (also known as market pairs). Go to CoinMarketCap and search for Darma Cash. Tap on the button labeled “Market” near the price chart. In this view, you will see a complete list of places you can purchase Darma Cash as well as the currencies you can use to obtain it. Under “Pairs” you'll see the shorthand for Darma Cash, DMCH, plus a second currency. The second currency is what you can use to purchase Darma Cash. If you'd like to purchase DMCH with the U.S. Dollar, look for DMCH/USD.

2. Pick a platform to make your purchase

Different platforms have different levels of security, reliability, and liquidity. Before creating an account, do your research.

3. Make the purchase on your chosen platform

Every platform has a different way of doing things. Some platforms are very easy to use, others not so much.Generally speaking, purchasing crypto with a fiat currency like the U.S. Dollar will be easier than purchasing it with another crypto.If you do have to purchase Darma Cash with another crypto, you’ll need to first create a crypto wallet that supports Darma Cash, then you’ll buy the first currency and use it to buy Darma Cash on the platform you chose.

If you get stuck, most platforms provide guides. But if they don’t, there is a vibrant community of crypto enthusiasts that have likely posted guides on Youtube, Twitter, and elsewhere.

Read the latest news about Darma Cash from across the globe.

The death of easy money: Why 20% annual returns are over in crypto lending - CNBC 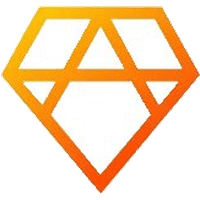 Asch is a decentralized application platform, providing a series of SDK and API to help developers creating decentra... 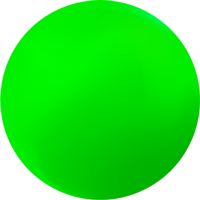 SUKU is an Ethereum token that powers the SUKU Platform, a blockchain-based ecosystem that aims to make supply chain... 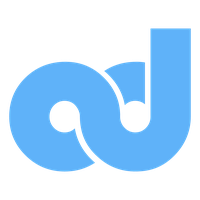 Adshares is a web3 decentralized marketplace for advertising, also being the most advanced blockchain-based projects... 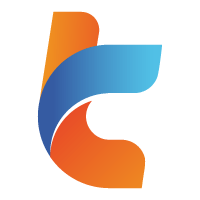 TNC Coin is the official digital currency of TNC. It serves as an integral part of all the transactions and processes... 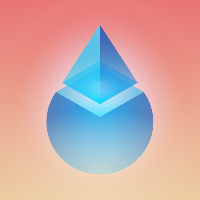 LDO is an Ethereum token granting governance rights in the Lido DAO. The Lido DAO governs a set of liquid staking pr... 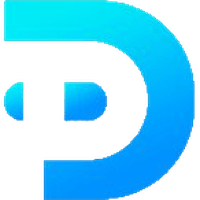 Initially built on the Ontology blockchain, DAD is a new high-performance public blockchain project and a shared trust...

Always upto date with our latest news and articles 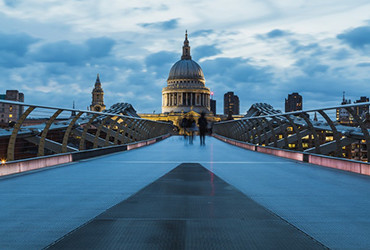 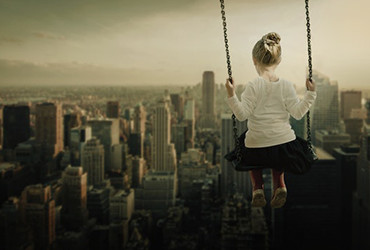 Ethereum Merge and what it means for the crypto industry  World Econom... 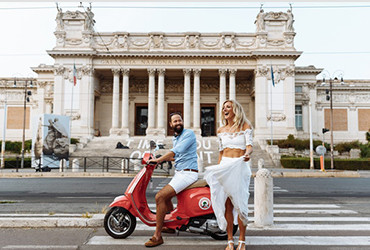 5 important things a newbie should look for in a crypto exchange platform - Philstar.com

5 important things a newbie should look for in a crypto exchange platform &...

Do you want to list your project with us?

CryptoZone provides an excellent platform to list and promote your project. All the tools you need in one place.